David Unkovich – aka “The GT Rider”

David Unkovich is an Aussie who has lived in Thailand for 37 years.  He resided in Chiang Mai for 35 years and has two sons from a (ex) Thai wife. (2nd son’s named Doohan after Mick, the ex 5-times World 500cc Motorcycle GP Champion.) A dedicated motorcyclist, he’s been the Golden Triangle’s leading biker for many years, riding 3,000 kms a month exploring new roads and developments in both northern Thailand and Laos.  In 2022, David has clocked up one million kms riding round North Thailand & Laos, which is very impressive considering the smaller distances you travel. He “retired” his Honda Africa Twin had 320,000 kms on the clock.  Then ran up 100,00 kms on a Kawasaki 650 Versys in 3 years, followed by 180,000 kms on Suzuki Vstrom 650 # 1, and in 2022 has 80,000 kms up on Vstrom 650 # 2. 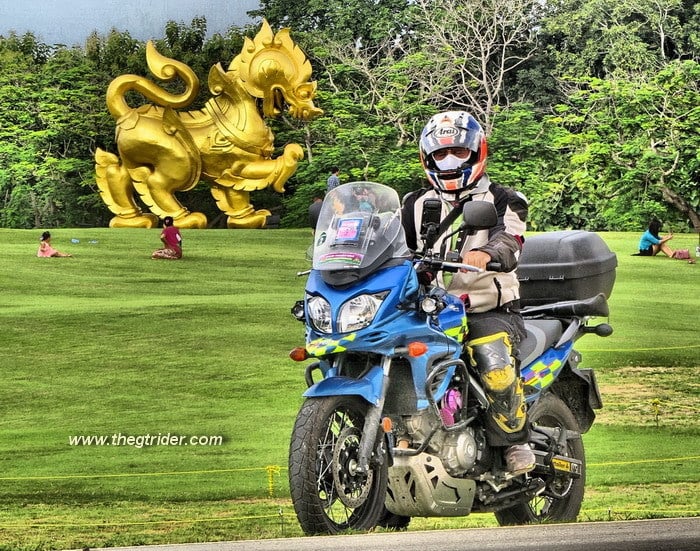 In April 2018 he retired to Chiang Khong to soak up the good life – fresh air, traffic free roads & the superb majesty of the Mekong river ambiance. David still rides as much as ever & welcomes all riders to Chiang  Khong. 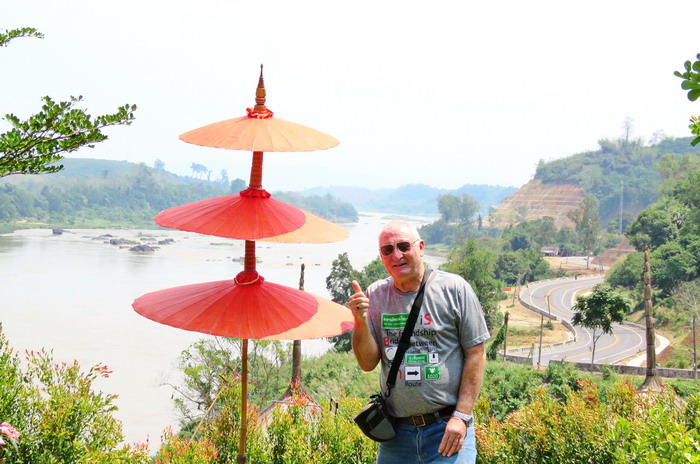 Paradise road by the Mekong from the View Coffee

Chiang Khong has the most beautiful road in the North – Paradise Road; and David invites all riders to Chiang Khong to hook up for a coffee and riverside chat. In October 2004 the National Tourism Authority of Laos (NTAL) contracted him to draw a series of 4-guide maps for the provinces of Luang Nam Tha, Luang Prabang, Khammouane and Champasak. The maps were the first official tourist guide maps for these provinces, and are distributed from the respective local tourist offices. Copyright for these maps remains with GT Rider.

In July 2008 the 1st edition of the GT Rider Golden Triangle guide map was published.

He instigated and led bike tours to Kuala Lumpur & the Malaysian World Motorcycle GP Championship from the Golden Triangle in April 1994 & 1995.

In February 1995 David led the first motorcycle tour into Laos. In November 1995 he led the first ride into S-W China via Laos from Chiang Mai, North Thailand. 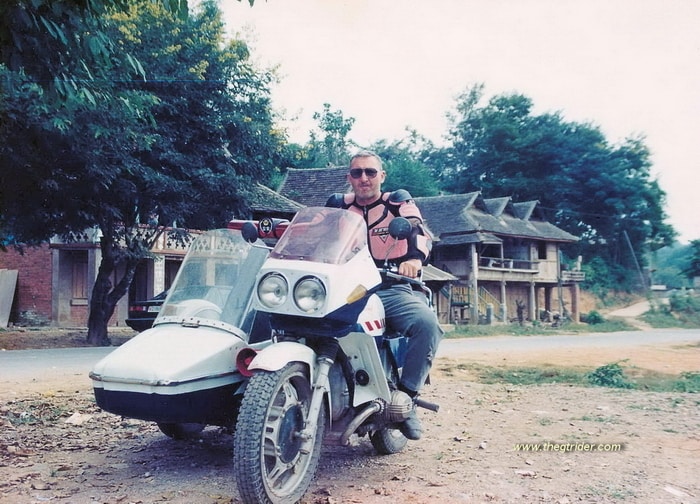 During May / June 1998 he lead the first AMA (Asian Motorcycle Adventures) 3 week tour from the Golden Triangle to Malaysia.

David is excited about the future of regional motorcycle touring in S E  Asia, now that the borders between Thailand – Laos – China – Vietnam are opening up.

GTR was the first bike across the 4th Mekong Friendship bridge between Thailand & Laos at Chiang Khong / Houei Xai.

His first recommendation to any motorcyclist with the spirit of adventure is fly direct to Chiang Mai, hire a bike for a week or two and ride around North Thailand to get a taste of what Asian motorcycle touring is about. You’ll be hooked for sure and back to ride each year. Then, when you feel you know the place well enough, you’ll may want to ship your own bike to Asia for a ride. Once you’ve got all the right info, none of it is difficult; so give it a go soon – you won’t be disappointed.

For a history of motorcycling in North Thailand and the Golden Triangle, David Unkovich has featured in the following;

On the Mekong upstream from Chiang Khong. 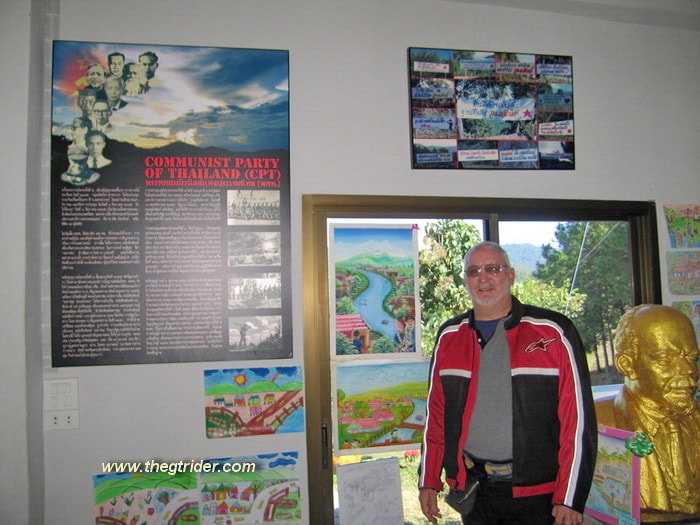 David at the Phu Phayak communist museum on the Thai-Laos border in Nan. 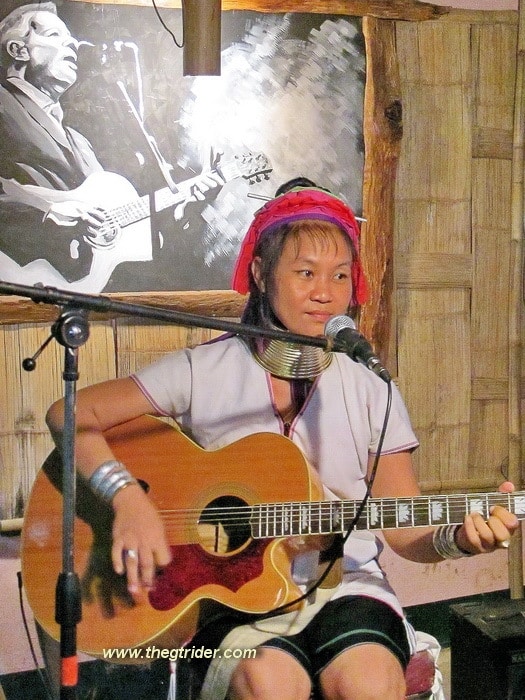 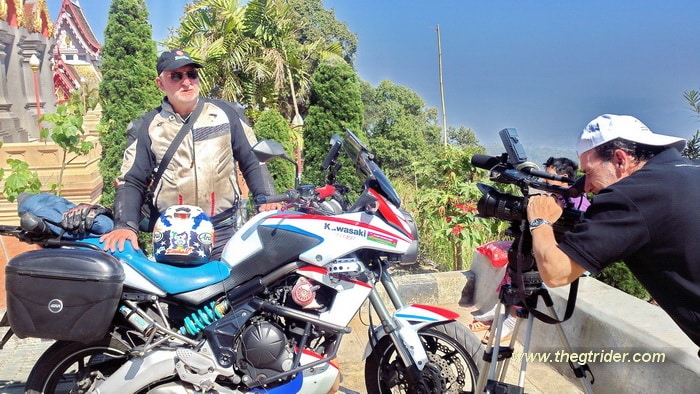 GTR on the road with Destination Thailand TV. 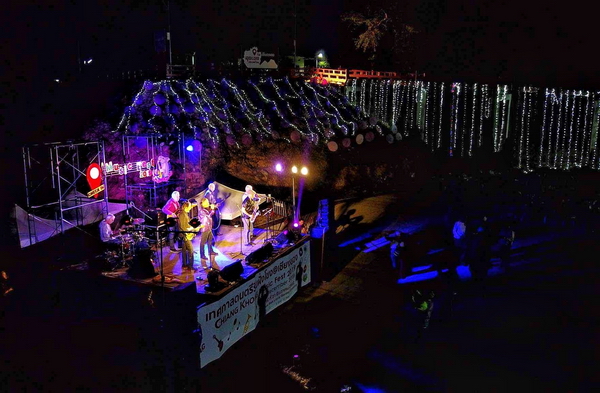 November 2019 organised & installed the sign Paradise Road, for R1290 along the Mekong River from Chiang Saen to Chiang Khong.