These are any number of excellent day tour routes out of Chiang Mai that will entertain you.

A roller coaster road to ride near Phrao.

When you first come to Chiang Mai do at least one or two of these to acclimatize yourself & get the feel of the place, before you head up-country on tour.
Hang out in Chiang Mai for a bit longer & do them all to be considered a local expert…
The best of those are listed below;

Doi Inthanon, the highest mountain in North Thailand is also only 120 kms away form Chiang Mai & can be done as a day trip, but it’s better as an over night trip.

A Royal chedi at Doi Inthanon 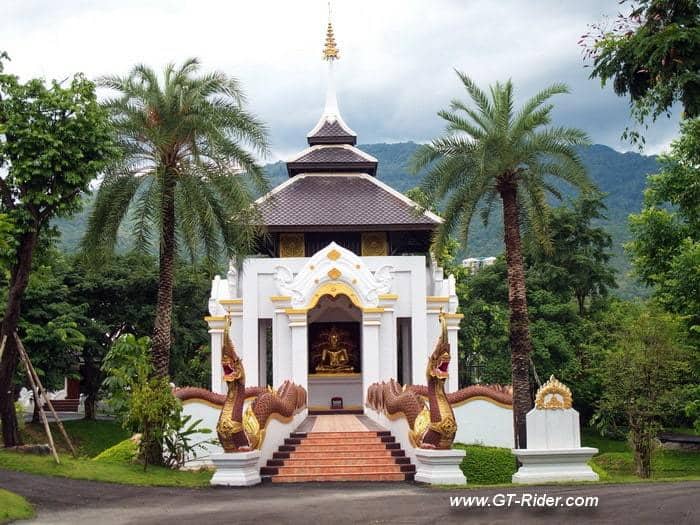 all in and around Chiang Mai – you can’t get bored here! So take your time & linger longer. 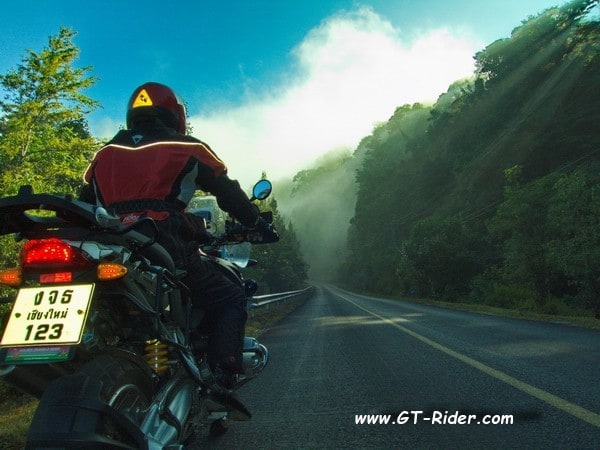 The Doi Inthanon road near the sumit

Once you’ve done these start on some over night rides.