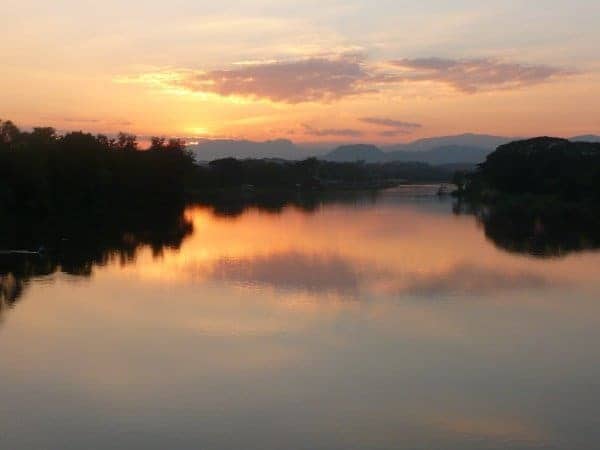 Chiang Rai is Thailand’s northern-most city, and an excellent base from which to explore the towns and villages, mountains and markets of the Golden Triangle region.

Established in 1260 by King Meng Rai, Chiang Rai was the first capital of the Lanna Thai kingdom – literally, The Kingdom of a Million Rice Fields. Renowned for its cooler climate, spectacular mountain scenery and many hill tribes, Thailand’s northernmost point, Mae Sai is also in Chiang Rai province. Northern Chiang Rai forms the region known as the Golden Triangle, where the borders of Thailand, Myanmar and Laos converge.

Chiang Rai was founded in 1262 by King Meng Rai and was the first capital of the Lanna Thai Kingdom (Kingdom of a Million Rice fields). The province includes the border town of Mae Sai ,Thailand’s northernmost point .

The province is renowned for its its crisp mountain scenery and colourful hill-tribes. The north-eastern boundary is the Mekong River, and the area latterly known as “The Golden Triangle” – the area where the borders of Thailand, Myanmar and Laos converge.

Previously, the term “Golden Triangle” referred to the area to the west – around Doi Mae Salong / Thoed Thai. There, a mere 20+ year ago, opium warlord Khun Sa‘s 15,000 strong militia army supervised production of most of the world’s illicit narcotics…

Located 10 kms south of Chiang Rai, Wat Rong Khun – the White Temple, by renowned Thai artist Chalermchai Kositpipat – is a visual symphony in white, a striking architectural masterpiece in a land of beautiful temples! Prints of Chalermchai’s paintings are available at a shop within the temple grounds.

The Karen elephant camp at Baan Ruammit on the bank of the Mae Nam Kok (Kok River) is located 19 kilometres from Chiang Rai. Well worth a visit, its easily reached by either long-tail boat (recommended), car or motorcycle. There are a few souvenir shops, hot coffee, and its a nice trip, however you get there.

The majority of the population are ethnic Thai. Approximately 12.5% of the population belong to the various hill tribe groups, a colourful minority in northern Thailand. These include Akha, Yao, Lisu, Lahu, Tai Yai, Tai Lue etc. A minority are of Chinese descent, mainly descendants of the defeated Nationalist (Kuomintang) Chinese Army 93rd Division. Mostly of Yunnanese origin, they moved from Myanmar into northern Thailand in the early196o’s and settled settled in the region, primarily but not exclusively in Doi Mae Salong (aka Santikhiri).