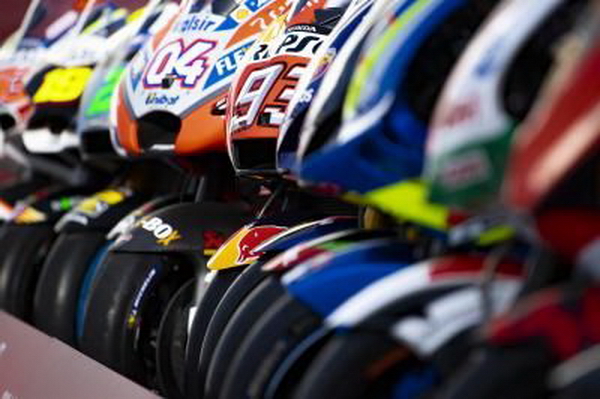 As the tech updates continue for every team, what are they all looking at developing in the second half of the season?

The 2018 MotoGP™ season has seen every team testing and innovating new parts for their respective bikes to try and extract every ounce of speed they can, with every tenth vital in the premier class as we steer towards the business end of the season. From carbon swingarms to cutting holes into the rear tyre fenders, the MotoGP™ grid are leading the way in motorcycle racing technical evolutions. But what do the factories have planned for the second half of the season? And how do they rate it so far?

The Repsol Honda Team have tested and used a carbon swingarm in the opening half of the season and with Marc Marquez 46 points clear in the standings, they’ll aim to continue their incredible form in the second half the season as he charges for the title. The innovation actually appeared first at the Valencia test…but no one noticed, much to the amusement of Marquez.

“We’ve been using it since Valencia,” grinned a smug number 93 at the Thai test, “but since nobody asked, we didn’t say anything!”

One of the most high-profile developments, the HRC carbon swingarm is such an investment-heavy innovation that those destroyed in crashes earlier in the season haven’t yet been replaced. But in terms of the specifics, Repsol Honda Team Principal Alberto Puig was tight-lipped as ever.

“In Japan this winter they worked a lot they made a lot of effort and we’re happy about what they did. And we’re trying to use everything we receive from Japan the best we can. We’ve improved some areas but we can never be happy – our riders will always demand more.

“With the new regulations it’s not so easy to improve the bike, we’ll try as will other manufacturers but the range of improvement isn’t so big. But we’ll try to gain something to the end of the year.”

Tight-lipped as always, but quotable nevertheless: “Our competitors are strong so we can never sleep.”

Ducati, meanwhile, have been testing updates to their chassis in the first nine races of the season, with carbon parts being added to the aluminium frame for the Ducati Team riders, and Danilo Petrucci (Alma Pramac Racing) sporting an aluminium version of the updates.

Ducati Sporting Director Paolo Ciabatti talks about the Bologna facory’s improvements so far this season: “The engine has been a strong point and it continues to be on the GP18 and compared to last years bike I definitely think it’s a good improvement. Obviously we’ve improved on many small areas, but we work on everything, and even on the chassis we managed to bring some upgrades that apparently are going in the right direction to make the bike turn better which was always one of our weak points.”

One side of the garage has had some different changes to the other, too, with Jorge Lorenzo’s GP18 having had some high-profile additions to the fuel tank to improve ergonomics for the Majorcan – something he credited with being able to take his first two wins for the marque.

Despite Valentino Rossi (Movistar Yamaha MotoGP) and teammate Maverick Viñales sitting second and third in the Championship, Yamaha have gone over a year without a win in the premier class – it’s their worst run since 2003.

Both riders have been outspoken in their wishes for Japan to try and give them more updates but so far, they haven’t arrived yet, with a newly designed rear tyre fender one of the main technical changes they’ve tried. Massimo Meregalli, Team Manager, reiterates the words of his riders: “To make further improvements, we need to receive some upgrades. We expect this for Brno, hopefully before the race, then test.”

Electronics are also a key focus that both Rossi and Viñales are pushing to improve, something else affirmed by their Team Manager – but the Italian expands on that: “The riders mostly complain about the electronics. I think that is an area where we have to really improve, but I don’t really think it’s ALL about electronics. We are always working to improve the package of the bike; electronics, chassis and engine. I really hope that what we’re going to receive will help us.”

Looking at this season so far, however, there are some big positives – and something to fight for come the final half of the year. “Our current bike is definitely better compared to last year, where we suffered with the rear grip quite a lot in all races at all tracks. This year it has happened sometimes but not always. We still have a gap to close compared to our competitors.

“We really hope to have both riders there with some upgrades to be fighting for the title because there are still 10 races to go and if we can get something and if we can close the gap, I think the second part of the season could be really interesting. With both Vale and Maverick the championship could be interesting.”

Suzuki have made a great start to their 2018 campaign after picking up four podiums in the first half of the season, but what are the Hamamatsu factory aiming to work on towards 2019? One more podium and they lose their ‘concessions’, but that’s also a sign of a big step forward after a tough 2017.

“We’ll continue to work on the electronics, to fine tune,” says Team Manager Davide Brivio. “There’s still some work to do. We’ll test on the Monday after Brno and in Aragon after Silverstone and we’re hoping to bring some new parts to test. We will see what they can prepare from Japan and we’ll continue, step by step, trying to improve the package but being careful not to take a step back.

“We want to improve the acceleration, coming out from the corner, to have better traction. Also braking stability is one area where we can improve. And, in general, the electronics, the traction control and the engine braking is always something we can improve on, continue working and fine tune. Also in Japan they continue working and we expect a new version, maybe not for this year but definitely for the next season.”

Another bike that is in serious development is the Red Bull KTM Factory Racing machine, with the RC16 the newest bike on the grid after making their debut in MotoGP™ at the start of 2017.

Team Manager Mike Leitner discusses what the Austrian factory are focusing on in the second half of the season: “There isn’t a 2019 or a 2020 bike, we try to have a constant development of the bike, so when we’re able to bring something in, we’ll do it. But, of course, we’re trying to stay within the rules and the rules in MotoGP are also quite tight, so some things we can only bring next year and we try to constantly improve our ‘2018’ bike.

“We try to improve the bike on all aspects. We work to try and improve on the chassis side, we work hard on the electronics and engine side, the aerodynamics side, so let’s see what we can bring in this second half. It won’t be everything at once, it’ll be step by step.”

After some glee for Pol Espargaro after he tried an updated bike wildcarded by test rider Mika Kallio at Jerez too, there is big progress being made, and the gap to the front keeps getting smaller.

The carbon swingarm has been a big talking point in the first half of the season, with the Repsol Honda Team racing with it, and there’s another factory who’ve been working on it: Aprilia. “We are still developing the carbon swing arm. We already made 3 different kinds of this piece with different stiffness,” explains Aprilia Racing Manager Romano Albesiano. The Noale factory haven’t yet raced with it. “It’s very close to being competitive but it’s still not perfect, so we’re producing another one. It’s a lot of work to deliver this component but it’s a key component so we strongly believe that this is the way.”

What else are the Italian factory looking at producing as they continue their development of the RS-GP? “We’re designing a new frame, new engine components and a new crankshaft for the problem with the torque delivery. Many parts… aerodynamic developments according to the rules too. The bike is always in development. Every part of the bike is in development.”