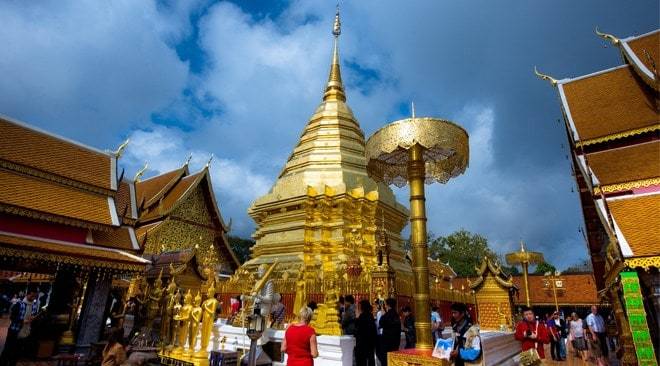 Bangkok, 13 July, 2017 – Chiang Mai in Northern Thailand has taken third place in a list of the 15 best city destinations in the world for 2017 by readers of the respected and influential travel magazine Travel + Leisure in their Travel +Leisure World’s Best Awards: The World’s Top 15 Cit

Mr. Yuthasak Supasorn, Governor of the Tourism Authority of Thailand (TAT) said, “Chiang Mai, with its lovely Lanna temples, charming traditions, unique food, family-friendly attractions and stunning setting is a gem in Thailand’s northern hills. There’s so much for tourists to do here, from cultural exploration to adventurous treks and food tours. I’d like to thank the readers of Travel + Leisure for rating the city so highly and naming the capital of Lanna one of Travel + Leisure’s World’s Top 15 Cities 2017.”

Chiang Mai took third place on the Travel + Leisure World’s Top 15 Cities 2017 list with a score of 91.40 out of 100. This makes it take up the first place for the Top 10 Cities in Asia, while Bangkok appears at the eighth. The score is based on a survey of over 300,000 international T+L readers who were asked to rate the “best of the best” in international travel experiences and destinations and contribute to the globally respected, Travel + Leisure World’s Best Awards.

T+L readers rated cities on their sites and local landmarks, culture, food, the friendliness of the people, shopping opportunities and overall value for tourism. The winning cities in the Travel + Leisure World’s Top 15 Cities 2017 also all shared the common characteristics of being pedestrian friendly, have large areas of green space nearby; such as, Chiang Mai’s Queen Sirikit Botanical Gardens and boasting a rich history that is being preserved as the city grows and develops.

The T+L website recommends Chiang Mai, as it is home to “some of Thailand’s greatest cultural treasures” and boasts “a more laid-back atmosphere than Bangkok’s”. T+L also recommends that visitors admire the “traditional crafts at the Bo Sang Umbrella Factory” and get “lost in the magic of the Night Bazaar.” These are just some of the attractions that have led to the city winning many Thailand Tourism Awards.

“Chiang Mai is an increasingly popular as a Thai destination and attracts a range of visitors from honeymooners to foodies and even MICE events. It’s the perfect place to enjoy unique Thai local experiences; such as, fire massages at the Ban Rai Khing Community, traditional dancing or a sit-down Khantoke dinner,” said Mr. Supasorn.