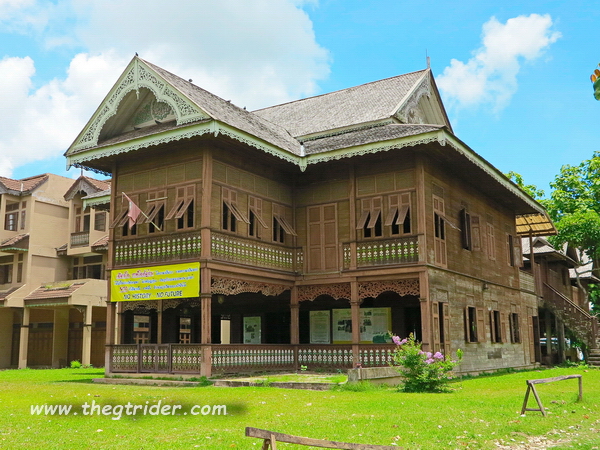 Posted By: Davidon: May 08, 2018In: News ItemsNo Comments
Print Email

For hundreds of years, teak wood was considered one of the most precious commodities in Southeast Asia. Northern Thailand was a key trade route for the teak wood industry, and today, travellers can rediscover how teak shaped the prosperity of some of the Northern Thai towns including Phrae and Chiang Mai.

Phrae was a small town surrounded by virgin teak wood forests. In 1864, the East Borneo Company became the first to trade in Phrae and soon the city was in the midst of an economic boom with the British timber industry building its presence in town. The Bombay Burma Trading Company, the Louis T. Leonowens Company and finally in 1897 the Danish-owned East Asiatic Company also obtained large land concessions and settled in Phrae.

Phrae was a boom town for 50 years until the 1930s and local landlords benefited from the money generated from teak wood concessions. The town saw magnificent mansions and villas – mostly teak – spreading across town. These villas still stand today representing one of Thailand‘s best preserved architectural heritage and probably the most impressive collection of teak buildings in the country.

According to experts, there are over 100 houses made of the precious wood still in town today. Most were built between 1890 and 1920, and their owners followed the architectural trend of the time with distinctive European patterns adorned with typical Thai carving and sculptures. They include influences of the gingerbread architecture very much in favour in San Francisco, Australia or New Zealand at the beginning of the 20th century.

There are over a dozen majestic teak mansions located across Phrae some beyond walking distances from one another. Fortunately, free bicycles are available (an ID card or passport is required as a deposit) at the Phrae Fire Station in the city centre to peddle around town.

Nearby is the Khum Chao Luang Muang Phrae, former residence of Prince Piriyatheppawong, ruler of Phrae. Built in 1892, the house epitomises the perfect blend of European and Thai styles, and is impeccably preserved with delicate carvings on the balconies, verandas and roof gables inspired by Thai traditional sculpture. Admission is free of charge to all visitors.

Ban Wongburi is another stately teak wood mansion painted in delicate shades of pink, white and beige. Still owned by the same Northern Thai family, the opulent house is also a museum with a small restaurant inside the mansion’s compound.

Phrae remains largely untouched by mass tourism; local Thais remain spontaneously friendly and open. Those who stop to photograph a mansion are likely to be invited inside by the owner. The Vichai Racha House is another stunning gingerbread mansion example, unoccupied but open to anyone who wants to look.

It is also possible to visit former teak plantations. The Phrae Forestry School and Technical College is built on former concessions owned by the East Asiatic Company and the East Borneo Company. Small wooden bungalows are still there and surrounded by botanical gardens with a small museum documenting the history of the teak trade. Period photographs depict elephants working in the teak trade helping transport wood on rivers up to Chiang Mai.