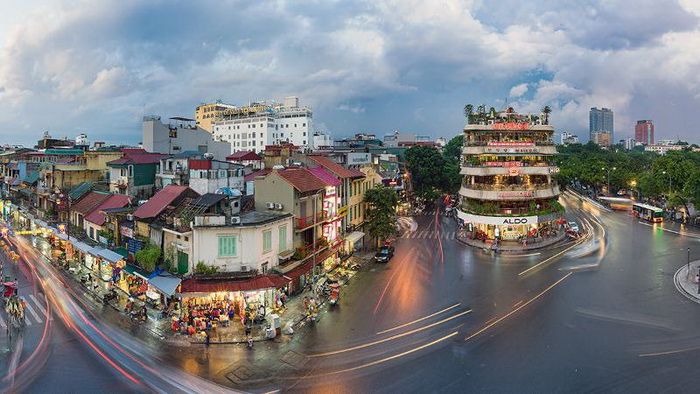 Jakarta also made it to the top 10, indicating Southeast Asia’s rising significance as a key travel hub.

Hanoi has been ranked seventh on a new list of the world’s fastest-growing tourism cities, making a marked improvement from last year’s index.

Jakarta and Hanoi’s arrival in the top 10 point to Southeast Asia’s rising significance as a key travel hub, the report said.

In the previous edition of the report, which measured arrivals growth between 2009 and 2015, Hanoi ranked 13th, while Indonesia’s capital Jakarta came in 11th.

The survey, which ranked 132 cities, found that Asia-Pacific is leading global tourism by dominating visitor arrivals and revenue, raking in $91.16 billion in 2016, compared to $74.74 billion for Europe and $55.02 billion for North America.

The region is home to half of the world’s top 10 most visited cities: Bangkok, Seoul, Singapore, Kuala Lumpur and Tokyo.

Hanoi was named the cheapest travel destination by TripAdvisor travelers between 2014 and 2016. The travel site estimated last year that a three-night holiday for two in Hanoi cost only $494, nearly four times less than New York, the most expensive travel destination in the ranking.

In 2015, the visual social network Pinterest ranked the Vietnamese capital the third most-pinned location of all time, while Lonely Planet named the city’s Old Quarter a once in a lifetime experience.

International arrivals to Hanoi in 2016 increased 23 percent to more than four million from the previous year.

The number reached 3.5 million in the first nine months of this year, up 24 percent from a year ago, according to the city’s statistics office.