One of Vietnam’s most ancient churches has been destroyed by a fire last week end. According to local website VietnamNet, the fire started on Saturday night and soon spread all over te historical structure of the Trung Lao Church. Investigators suspect an electrical short circuit was to blame.

The religious structure is located in Truc Ninh district, Nam Dinh province in Northern Vietnam. The province is bordering the Gulf of Tonkin and is part of the Red River Delta. 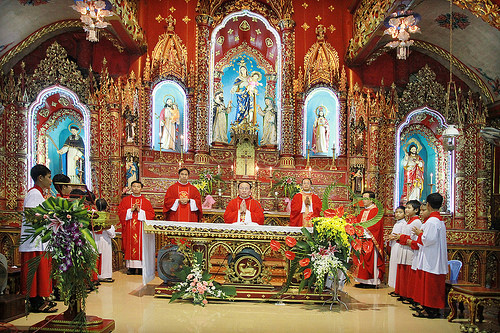 The ironwood structure was built in 1888 and featured a unique combination of Gothic architecture and Vietnamese traditional design. The fire started in a storeroom containing flammable cloth and books, according to authorities. The church was started five years after French troops had taken over the area.

The burning roof collapsed over the altar and the choir, destroying the entire interior of the building which was made entirely of wood. As early as 1596, missionaries preached to a congregation in the area; however, the current building was constructed in the 19th century. The unique architectural feature of the church helped putting Trung Lao village into the tourist map as the building was visited by domestic as well as foreign travellers.

Nearby residents heard the church bell ringing late into the night, VietnamNet reports in another article, as those who noticed the fire early sounded the bell to alert households in the area.

During several hours, fire fighters from four fire trucks fighted to extinguish the flames. However it took a long time to get rid of the fire due to the church’s location in a windy area. 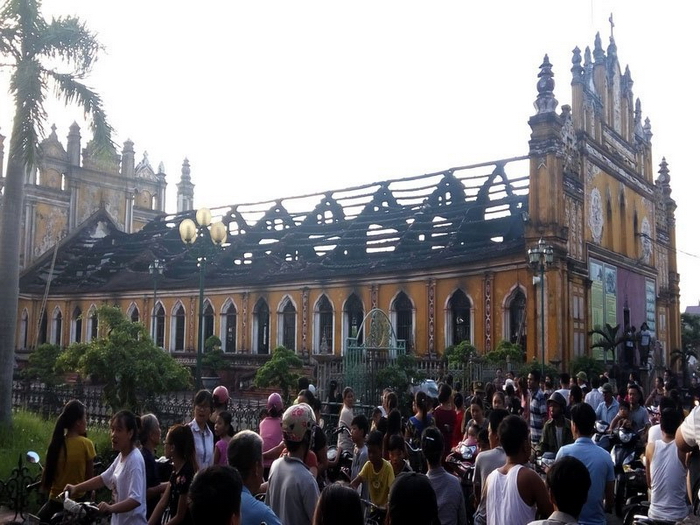