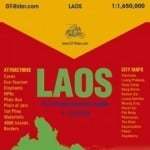 I discovered cycling at thirteen years of age. I felt like a bird flying from the nest for the first time. Since the day I watched the headlights of the lead car at that first race, appear out of the mist on a cold Autumn morning in England and then stared at the riders whizzing by……I Knew my destiny. That day, all the hairs on my body stood on end-I had the bug! Cycling still does that to me even today!

I finished fourth in the British 24 hour championships, when it was believed I had NO CHANCE, as a road rider with no specialized preparation. I created the British professional team “TravelWise”, in 1998.Sponsored by the British Government,we had victories in more than 80 races, including gold medals in the TT and RR’s at the World corporate games, three silvers at National championships, five bronze and the National track scratch race championship.
We were invited to meet the then deputy Prime Minister, Mr John Prescot and THE FAMOUS Glenda Jackson MP.

Alan has a bicycle museum, The Hub, in Chiang Khong.