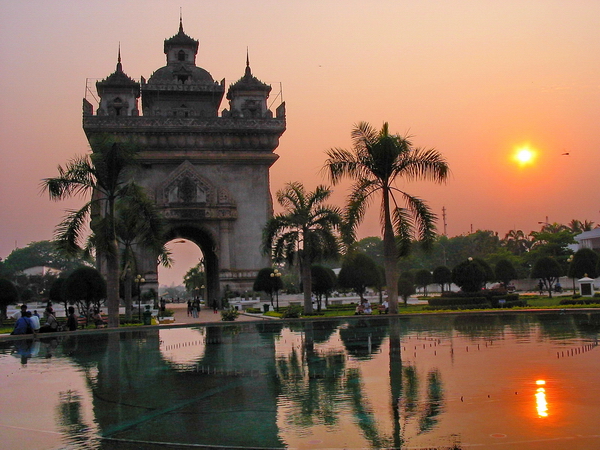 The government should continue to prioritise tourism and involve all ministries and local administrations in the promotion of tourism to drive growth, a minister has advised.
Minister of Information, Culture and Tourism Prof. Dr Bosengkham Vongdara made the recommendation at an official ceremony held at the National Culture Hall on Monday to close Visit Laos Year 2018.
The minister, who is Vice Chairman of the National Leading Committee for Visit Laos Year 2018, underlined the need for cooperation from all sectors after learning about the barriers that are hampering the growth of tourism due to poor cooperation.

He called for the government to intervene and help to address the problems, which include issues encountered by tourists when entering and exiting the country.

A senior tourism official said immigration officials at several border crossings are slow to carry out their duties, especially when the end of the official working day approaches at 4pm. They prefer to delay their work until after this time so they can claim overtime.

Officials at some border crossings even unlawfully make people pay for arrival and entry forms.
“Arrival and entry forms are provided free everywhere and in every country,” said the official, who did not want to be named.
Previous reports suggest that the Wangtao crossing in Champassak province, which connects to the border at Chongmek in Thailand, is a case in point.
Worse, when visitors asked why they had to pay for the forms when they were provided free at Wattay International Airport and elsewhere, Lao immigration officials reportedly said “If you don’t want to pay you don’t have to come to Laos,” the tourism official said, referring to what foreign visitors had told him.

Complaints have circulated among visitors and tour operators that some Lao officials at some border crossings were rude when processing travellers’ documents.

Services at some crossings, notably those without electronic systems, were very slow, which was frustrating for tour operators and visitors.
Prof. Dr Bosengkham called for a joint effort to address tourism-related issues, especially in light of additional complaints about unwarranted inspections and charges applied to tour groups or visitors when travelling or entering various tourist sites.

The Tourism Police Department even requires tour operators to submit a document detailing their clients’ personal information and travel plans before they can bring a tour group into the country, despite the fact that the government cancelled this requirement some time ago.
“When tour operators change or remove a trip from the original itinerary at the request of their clients, they are fined. This is inappropriate because revising an itinerary in accordance with customers’ wishes is common practice,” the tourism official said.
One such incident reportedly occurred in Vientiane province.
Worse, no receipts are given for charges and fines imposed on tour groups or individuals.

Prof. Dr Bosengkham also underlined the need for the government to explore measures to slow the rise in prices, which has also been blamed for the decline in foreign tourist arrivals in recent years.
A previous report suggested that the cost of food staples in Laos was 10-20 percent higher than in Thailand and Vietnam.

The minister called for the government to consider reducing or waiving visa fees for nationals of certain countries, but did not specify which regions.
Speaking on Tuesday at the 2019 meeting of the information, culture and tourism sector, Deputy Prime Minister Dr Sonexay Siphandone said the government was pleased to bring issues that were beyond the capacity of the ministry to tackle for general discussion, so that solutions could be proposed.
Dr Sonexay said the government attaches great importance to the tourism industry and considers it to be ‘one of the core drivers of economic growth’.