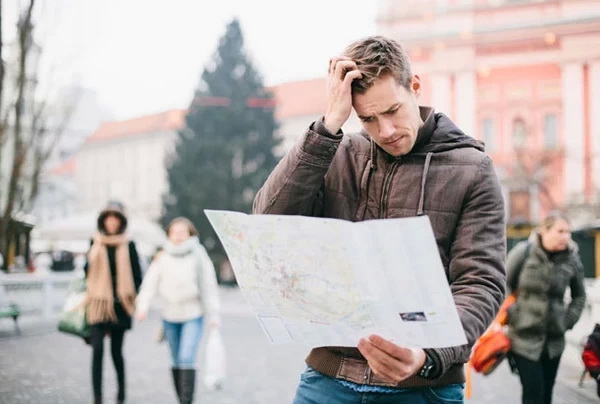 Map reading – some people are better than others?

Why are some people better at map reading than others?

Three scientists have just won the Nobel Prize for Medicine for their research into how the brain ‘maps’ the spaces around us. To get behind the headlines, BBC Focus editor Graham Southorn investigates current research into our sense of direction, and why some people have a much better grasp on their location than others.

“How can someone so bright not understand a map? Or not understand N, S, E or W? People just look at me baffled,” said Vickie. Tina agreed: “I can work out my direction on a map, but when I have to translate to my 3D world, it’s all over.” Vennie added: “When I look at a map, I have to rotate it so it’s pointing in the same direction I am.”

These correspondents to The Guardian’s questions-and-answers page, Notes & Queries, were frustrated at their inability to find their way using a map. As the dozens of other comments demonstrate, they’re not alone. Spoken directions from GPS-enabled smartphones and satnavs will get us from A to B most of the time, but it’s cold comfort if you have a map but can’t use it. The question is: why should it be hard for some people?

Map sense
Reading a map requires what psychologists call ‘spatial abilities’, which are skills we use to manipulate 3D shapes and geometric information in our heads. Psychologists have defined many different types of spatial abilities, each relating to different tasks. To read a map successfully, you need more than one.

In 2007, geographer Amy Lobben of the University of Oregon discovered which spatial abilities are key for map reading. The most important by far was ‘self-location’ – the ability to relate where you are in the real world to the corresponding spot on a map by observing roads, buildings and intersections.

Two other spatial abilities that proved important were ‘route memory’ – your ability to remember the way – and ‘map rotation’. Map rotation involves mentally rotating a map as you make successive turns, without physically having to turn it.

The brain’s own maps 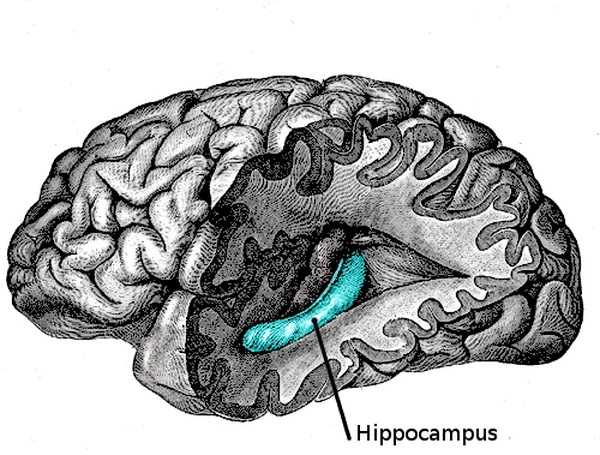 Spatial abilities can be measured by asking volunteers to navigate virtual mazes on a computer, or find their way around unfamiliar territory using a map. But what’s going on in their heads? The relatively new field of neuroscience is attempting to answer that question using fMRI (functional Magnetic Resonance Imaging) to reveal blood flow in the brain. The blood flow shows which parts of the brain are active, and these ‘light up’ in an fMRI scan.

It’s early days, but reports of Lobben’s latest work have indeed shown differences in the brains of people who are good at map rotation and those who aren’t. In addition, an area of the brain where activity has been spotted during map reading is the parahippocampal place area (PPA). This is a region that’s known to be active when we see landscapes, rooms and other places.

The PPA is itself part of the parahippocampal gyrus, an area surrounding the seahorse-shaped bit of the brain called the hippocampus. There’s a hippocampus in each hemisphere of the brain – left and right – and it’s known to play a major role in navigation and spatial orientation.

The role of the hippocampus became clear in research into the brains of taxi drivers by neuroscientists Dr Hugo Spiers and Prof Eleanor Maguire. The hippocampus was most active when the cabbies planned their route in advance of driving on a computer game. But when they encountered road blocks or other obstacles during the game, other areas of the brain were involved.

In the last few years, scientists have even identified which brain cells we use for navigation. We have place cells, hundreds of thousands of them, each activated by a particular location. Head direction cells act like a compass. And grid cells mimic the lines of latitude and longitude on a map to tell us how far we’ve travelled.

How they relate to map-reading ability, though, is unknown. “While we know a lot about how different cells are involved in representing a space and mapping it, we do not know how they relate to making some people better navigators than others,” says Hugo Spiers.

Today’s Nobel Prize news has added some extra clarity around the exact location of our ‘grid cells’. The entorhinal cortex which sits alongside the hippocampus has been identified as a promising site for orientation functions.

Sex and stereotypes
While brain scans are at the cutting edge of science, interpreting them needs the utmost care. In 2013, scientists at the University of Pennsylvania said their study suggested why men are better at reading maps than women. Brain scans had shown that men have more connections between the left and right hemispheres of their brains, which is associated with spatial ability. Women had more connections within hemispheres.

There’s actually no unequivocal evidence that men are naturally better at reading maps than women, and any interpretation of brain scans that ‘proves’ the point is controversial. Psychologist Tom Stafford said of the Pennsylvania study, “Everybody knows that men are women have some biological differences – different sizes of brains and different hormones. We also know that we treat men and women differently from the moment they’re born. Brains respond to the demands we make of them, and men and women have different demands placed on them.”

What does seem certain, however, is that tasks involving navigation change the structure of our brains. Back in 2000, Eleanor Maguire studied trainee London taxi drivers both before and after they’d acquired ‘the Knowledge’ – the training course that teaches drivers the layout of 25,000 streets. Before the training their brains were the same. Three years on, those who were driving passengers had a greater volume of grey matter (nerve cells) in their posterior hippocampus than trainees who’d failed the course and given up.

Brain training
It’s not just taxi drivers who can benefit from map reading, though. It may help us all in our later years. Work published in 2013 by McGill University psychiatrists found that older adults (average age 64) who navigated a virtual maze by mentally picturing where they were had more grey matter in the hippocampus than those who’d learned the right way by rote. Since cognitive decline is associated with less grey matter in the hippocampus, it could help us find new ways of staving off the effects of ageing.

The latest results from neuroscience and psychology demonstrate that spatial abilities, which we need for reading maps, aren’t set in stone. In 2012, psychologist David Uttal of Northwestern University led a study which compared the results of no fewer than 217 studies of education in which spatial thinking was involved. The study concluded that spatial reasoning could be improved by even a small amount of training in men and women, children and adults alike.

So if you’re bad at reading maps, never give up. All you need is a bit more practice.

Q&A with Prof Amy Lobben, map-reading researcher at the University of Oregon
Q: What have fMRI scans revealed about the differences between the brains of people who are good and bad at reading maps?

Q: Do the brain scans show that certain types of people are good or bad at reading maps?

A: We haven’t yet analyzed the demographic data by performance category.

Q: Can brain scans reveal the role played by ‘place cells’ and other cells involved in map reading?

A: Scans can get down to these structures. But, this is broad. You would need to identify what you mean by map reading — for navigation, for static orientation, or overall place learning.

Q: Has there been commercial interest in your work – for instance, personalising maps to suit the map-reading ability of the person using them?

A: Yes, this is a potential area for commercial interest. I’m working with computer science colleagues to integrate my field-tested results into an instrument that can be personalized. I’m not sure whether there will be any commercial success but it’s a fun joint venture.