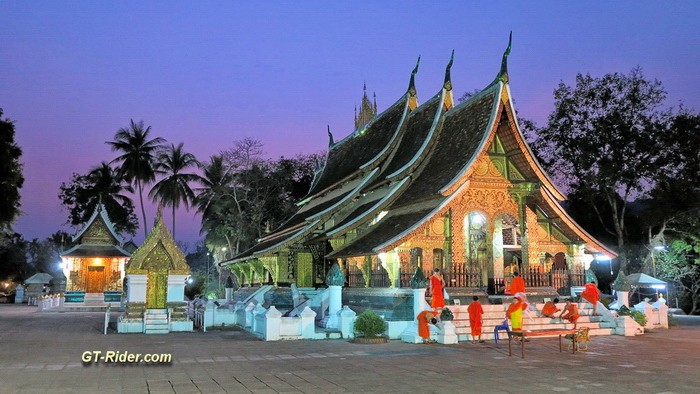 Mekong Tourism: Is there a way forward?

Mekong Tourism: Is there a way forward?

LUANG PRABANG, 14 June 2017: “We shouldn’t repeat the mistakes of others, I am not happy with tourism development and be careful what you wish for,” were some of the cryptic comments of panelists at last week’s Mekong Tourism Forum.
Asked to talk about the way forward, 20 years after the first MTF convened in Thailand, a new generation appears to be ready to grapple with tough decisions and choices.
Their comments followed the official presentation of the GMS Tourism Strategy Draft Report 2016 to 2025 and a thought provoking keynote address by Conscience Travel Founder, Anna Pollock, who told the travel industry it isn’t an industry.

“Let’s talk about how you see this going forward,” encouraged moderator Imtiaz Muqbil, a veteran journalist who reported on the very first MTF in Pattaya in 1997.
But there wasn’t much encouragement bundled in the takeaways from the three well-known panelists.
“Tourism faces big changes, numbers decreased in Laos…we do very little communications,” commented Inthy Deuansavan founder and CEO of Green Discovery and Inthira Hotels, Laos.
“Yes we have more Chinese and Koreans, international visitors are stable at a market share of 25% to 30%. Thailand remains a big market for us, second only to China. But we have to learn from our mistakes, we are repeating mistakes that happened elsewhere,” he explained.
“We are quite young in tourism…lots of development agencies introduce projects many fail and just some are successful. We copy the success story but we are doing the same thing and it might not work for Laos.”
Responding to questions about the environment of Inle Lake, Yin Myo Su, founder of Inle Heritage Foundation Myanmar said: “I’m not happy at all…we have lots of problems, hotel zoning will not work…the challenges are tiring, but we keep pushing setting up small projects to save the lake’s environment.”
She views Inle Lake, Myanmar’s second largest freshwater lake as a late comer in tourism along with the country that spent decades in virtual isolation.
“We are a last frontier. This is very challenging since we have a new government we are very busy and many people want to help us, but they misunderstand the needs of 51 million consumers.”

Fielding questions on whether Chinese tourists behave badly and are truly welcome in the Mekong Region. Michael Zhou, president Tang Dynasty Tours, China noted “there is a trend that more Chinese are looking for better quality product and better service.”
On the boom in travel and forecasts that the Mekong Region will host 95 million tourists by 2025, Zhou noted:
“Be careful what you wish for.”
He citied talks with local partners in the Mekong Region that see an enormous increase in Chinese tourists annually.
Chinese tourists will represent slightly less than a third of all tourist to Thailand this year and similar scenarios are playing out across the region.
Muqbil asked if host destinations in the GMS will adopt the welcome Barcelona residents hands out to Chinese tourists. They call them “tourism terrorists.”
“Traditionally Chinese like to save money, they don’t want to spend USD200 on a hotel,” said Zhou. “But things are changing, they are staying in better places now and want to experience the local culture. Don’t assume they are always looking for the cheapest offer.”

ADB announced it will pump more than USD58 million in loans to fund mainly tourism infrastructure projects in the Mekong Region up to 2025.
Muqbil asked what the panelists would do with the budget if they had a choice?
Green Discovery Tour’s CEO said one priority would be to build and improve tourism hardware in his home country Laos.
But he also cautioned that tourism needs more skilled people, more cooperation from ministries and how do we protect culture and nature? How do you protect people? We have all the rules in place, but we are not very good at implementing them.
Zhou was on the practical side suggesting funds should create free Wi-Fi everywhere, noting it was sadly lacking in many destinations. “Spend the money on Wi-Fi.”
Yin Myo Su had just one word to say “education… change the mindset of people across all sectors or our industry, education is the priority.”
She gained a round of applause from the 200 odd delegates attending the sessions.
It perhaps summed the sentiments of the forum. The region constantly expands building infrastructure, bridges, rail, roads and airports along with a host of other hardware. Education and skill training should be the drivers topping the agenda of the GMS Tourism Strategy from here on rather than an investment in concrete and steel.