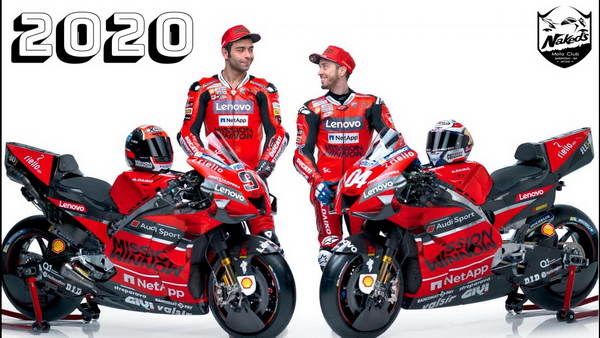 MotoGP – Ducati – What Next?

In the silly season rush Ducati was rumoured to  be chasing new riders for their team, after failing yet again to capture the MotoGP Championship title.

Their star rider Dovi has finished runner up  for the last 3 years and the Ducati bike has been as good as ever. Maybe they need a new rider? But where to go after all the riders now seem signed up & settled for  the next few years.

Which leaves Ducati out in the cold. Their grand strategy over the winter appeared to be to try to poach a top rider from another team. But their approaches have all been rebuffed: First, Viñales and Quartararo turned them down. Then Joan Mir chose Suzuki. And Marc Márquez isn’t going anywhere (and would be expensive even for the seemingly bottomless pockets of Philip Morris).

What next? “At this moment, the most reasonable thing to do for us is to wait for a little bit,” Gigi Dall’Igna told Italian website GPOne.com. With the biggest hitters taken off the market, there is no reason to rush into a decision.

As a consequence, MotoGP’s Silly Season has come to a grinding, if temporary halt. The hottest riders have been signed, and the biggest factory player has stepped away from the market. We await the developments over the first few races of the season, to see who has the pace to attract the attention of Ducati, both for the factory team and for Pramac, and for satellite teams such as LCR Honda, where Cal Crutchlow is due to retire at the end of the year.

Silly Season may have stalled, but you get the feeling that what has happened so far will have a lasting legacy. The relationship between Gigi Dall’Igna and Andrea Dovizioso – that’s the Andrea Dovizioso who finished runner up to Marc Márquez for the last three seasons, and took the 2017 championship down to the last race – has been at Antarctic levels of frostiness for nearly two years now. Ducati making a not-so-subtle play for a top rider sends a very clear message to Dovizioso indeed: “Sorry Andrea, we don’t think you’re good enough to win us a title.”

Now, though, the shoe is on the other foot. Sure, Dovizioso may not have many options outside of Ducati, but if the Aprilia is as competitive as the Sepang test suggests (and it doesn’t fall apart every other race), then having a bike that turns – something Dovizioso has urged Dall’Igna to give him ever since the former Aprilia engineer arrived at Ducati – might be a tempting prospect. Or enough of a tempting prospect to force a big payday out of Ducati to retain his services.

Ducati have other options, of course. Jack Miller looks on course to take over one of the factory seats at Ducati, if he continues his impressive development. Pecco Bagnaia has made progress, though he will have to make a big step to earn a factory seat. There’s Johann Zarco, of course, who came to the Avintia team with the express intention of getting a factory ride. And there is Danilo Petrucci, who will have to have an astonishing season if he is to keep a spot in the factory team.

Perhaps Ducati can tempt someone like Miguel Oliveira away from KTM, if the Portuguese rider is denied a spot in the factory Red Bull team. Maybe Augusto Fernandez, or Jorge Navarro, or Jorge Martin, or Fabio Di Giannantonio will catch the eye of Ducati (though the Moto2 riders are more likely to find a place in Pramac, rather than the factory team).

Thanks, but no thanks

The question is, of course, how attractive is Ducati as an option right now. Sure, the bike is fast, and capable of winning races. But when Ducati senior management keep managing to upset their riders, what is the value of a factory seat? How do you focus on learning to ride a tricky Desmosedici with the constant swirl of rumors that Ducati are considering replacing you?

There is much to admire about Ducati Corse. Gigi Dall’Igna is an outstanding engineer and manager, who has turned the Ducati from clearly the worst factory bike on the grid to one of the best. Sporting Director Paolo Ciabatti has managed the logistical and people side of the team to create a close-knit team capable of competing. Team director Davide Tardozzi has helped pull his riders and the teams around them to a higher level.

But the level above Ducati Corse is where it all seems to go wrong. Jorge Lorenzo won his first MotoGP race on a Ducati just after hearing his services were no longer required. Had Ducati CEO Claudio Domenicali had just a fraction more patience, the Spaniard would have stayed at Ducati and arguably challenged for the championship in 2019 and 2020.

It is history repeating itself. The one rider who was capable of winning a championship for Ducati was chased away, after senior management refused to believe that Casey Stoner was genuinely ill. However attractive the prospect of a seat inside the factory Ducati team may appear, the dark shadow of what happened to Stoner, Lorenzo, and now Andrea Dovizioso hangs over it. That, arguably, is the first thing that needs fixing.