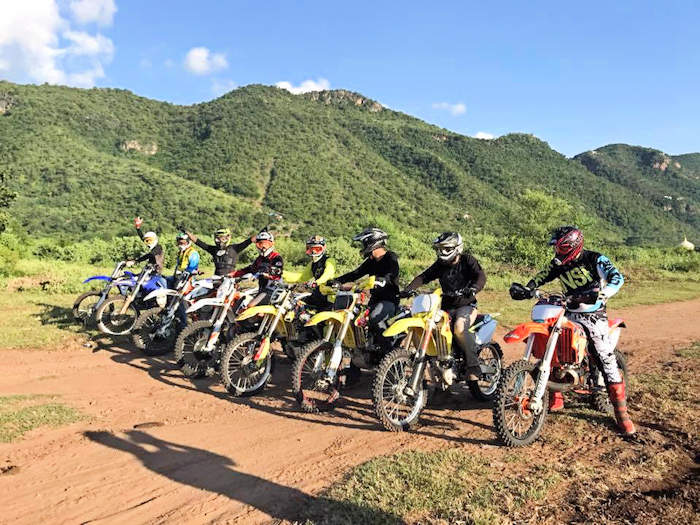 MANDALAY — Off-road motorcyclists are preparing for Myanmar’s first enduro competition, a long-distance cross-country time trial to be held in Mandalay.

The Myanmar Enduro Competition 2017 will take place on Nov. 18 on Nay Kar Hill Range in Patheingyi Township, about 10 kilometers east of Mandalay city center, and include a 17.5 kilometer track.

“We organized this as the country’s first, to unearth the skilled enduro riders of the country as well as to create awareness about the enduro motorcycles and the sport,” said the organizer Ko Aung Win Tun, a member of Mandalay Free Rider group.

Mandalay is not only known as Myanmar’s cultural capital but also as a city of motorbikes, with the population having the highest rate of motorbike ownership in the country.

Many young motorcyclists ride enduro motorcycles such as the Yamaha Street Tracker and Honda Grom, not to race but to ride for pleasure on the streets on Mandalay.

Although there has been high interest in competitions, motorcyclists have been hampered by a lack of racing circuits to practice off-road. Many risk their own and other lives by practicing stunts and racing on city roads.

“From this competition, we would like to show how these off-road motorcycles are used. We are also hoping to open the racing opportunities for the sport enthusiasts and to have racing circuits in the future, too,” said Ko Aung Win Tun.

The competition is exclusively for Myanmar riders. However, riders from five enduro clubs from China, Thailand and Indonesia will ride with the Myanmar competitors as honorary guests.

According to the organizers, the competition has no restrictions on the type or brand of motorcycle used. There will be two types of race groups split by engine power: 125-230CC and 231-650CC.

“There will be a challenge race at the base camp, on that day, just for the amateur riders, just for fun. Anyone who is interested can participate in this walk-in competition. We have no limitations on the motorcycles for that race,” he added.

The distribution of competition entry forms will begin this weekend at motorbike stores in Mandalay. Organizers are hoping dozens of riders will enter.