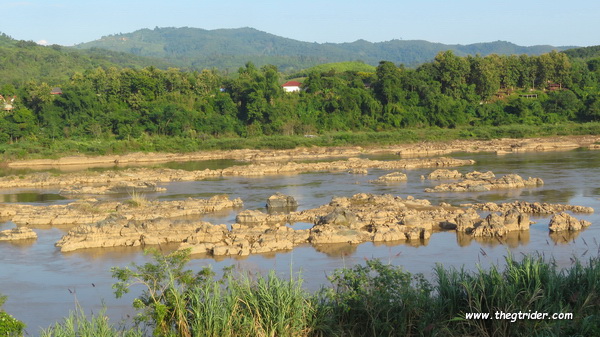 Bangkok (AFP) – Thailand has spiked Chinese-led plans to open up a key stretch of the Mekong river, in a rare victory for activists fighting to preserve Southeast Asia’s most important waterway.

Beijing has long wanted to blast 97 kilometres (60 miles) of rocks and dredge the riverbed in northern Thailand to open up a passage for massive cargo ships.

The vision is to create a river trade link from China’s Yunnan province thousands of kilometres south through the Mekong countries — Myanmar, Laos, Thailand, Cambodia and Vietnam.

But environmentalists warn the river — the world’s most biodiverse after the Amazon — would be ruined by dredging, while Thailand’s sovereignty and security could also be compromised.

The Thai cabinet announced Tuesday it had decided “to stop the project” after Beijing failed to stump up the money for further surveys of the area to be dredged.

“This is a bold decision made by a downstream country,” said Pianporn Deetes of advocacy group International Rivers, which has backed a near 20-year grassroots campaign to preserve the key stretch of water.

“This small part of the Mekong river will also save the lower part of the basin from destruction, despite large pressures from a regional actor.”

The river, known as the Lancang in Chinese, emerges into the South China Sea, one of the world’s busiest shipping lanes and a centrepiece in Beijing’s Belt and Road strategy on infrastructure and trade.

Beijing rarely gives up on long-term projects in the Mekong area, often revising financing or planning for controversial dams, ports and mines in a region it considers its backyard.

China insists it seeks only the sustainable development of the river through hydropower dams and trade.

But the river is already changing, with complaints of fish stocks decreasing in Thailand and Cambodia and nutrient-rich land in the Vietnamese delta sinking as sediment flow is disturbed by dams lacing the upstream.

Experts also say mega-dams in China and Laos, which has dozens of hydropower projects, are compounding seasonal drought in Thailand.