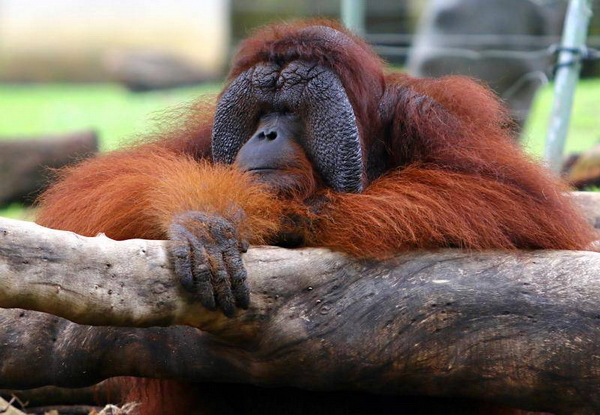 Thailand – Smuggled Orangutans to be returned.

Thailand to return orangutans seized from smugglers back to Indonesia

BANGKOK:Thailand on Monday (Feb 3) is set to repatriate orangutans seized from wildlife smugglers back to the sanctuary in Borneo Island, Indonesia.

It will be the third time that Thailand returns smuggled apes to Indonesia after sending 14 in 2015 and two more last year to the South-East Asian neighbour.

Visiting a wildlife protection facility belonging to the Department of National Parks, Wildlife and Plant Conservation in Thailand’s Central Province of Ratchaburi, Indonesian ambassador to Thailand Ahmad Rusdi on Monday expressed gratitude to the Thai wildlife officials who had looked after the Indonesian orangutans.

Prateep Hermpitak, head of a regional wildlife conservation office, said Thailand was examining the origins and giving health care to the remaining orangutans before they were set for repatriation.

Thailand has repatriated orangutans to Indonesia under the Convention on International Trade in Endangered Species of Wild Fauna and Flora (Cites) which states that confiscated wildlife must be returned to their country of origin. – Xinhua/Asian News Network