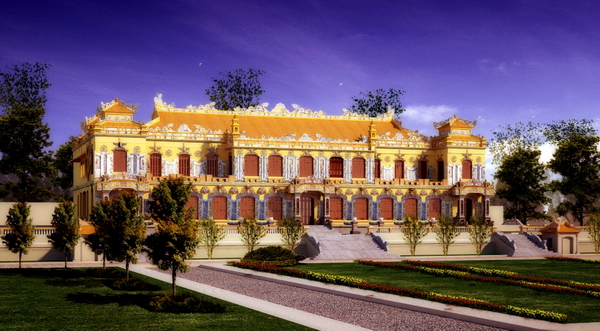 Construction has started on a megaproject to rebuild a war-destroyed palace located inside Vietnam’s ancient Forbidden City in the central city of Hue, the country’s former capital.

The Kien Trung Palace, first built between 1921 and 1923 under the reign of Emperor Khai Dinh, was an important building of the Forbidden City serving as a living and working space for the final two emperors of the Nguyen dynasty in Vietnam. 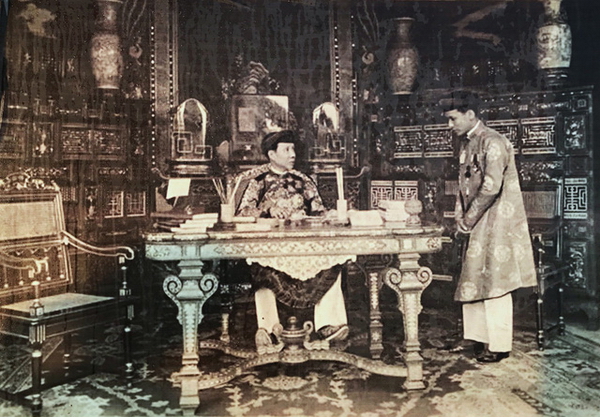 It was also the place where Emperor Bao Dai and the newly-formed Provisional Government of the Democratic Republic of Vietnam, headed by President Ho Chi Minh, met to discuss his abdication, following the August 1945 Revolution that liberated the country from colonialism.

Located at the far back of the imperial complex in Hue, Kien Trung Palace incorporates elements of three types of architecture — traditional Vietnamese, French, and Italian Renaissance — to form a unique style that embodies an era of Western influence over Vietnam.

The building was completely ravaged in the late-1940s during the First Indochina War (1946-1954), leaving only its elevated foundation. 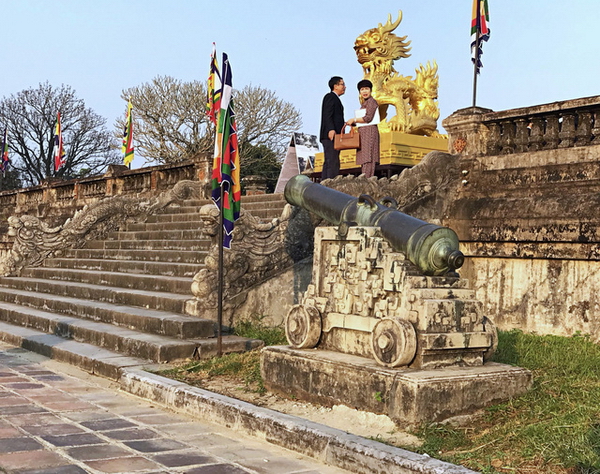 An elevated foundation of Kien Trung Palace is left after the building was destroyed during the war. Photo: Thanh Binh / Tuoi Tre

The VND123 billion (US$5.32 million) project, expected to finish in 2022, will fully erect the building from the ground based on old photos and historical records.

Phan Thanh Hai, director of HMCC, said the reconstruction of Kien Trung Palace reflects continued efforts to conserve the Forbidden City complex, which is a popular cultural attraction in the central Vietnamese city.