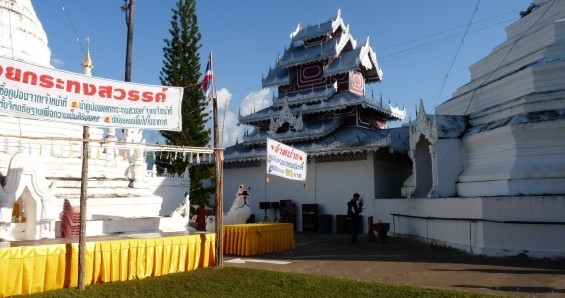 Located high above the city of Mae Hong Son, this is one of the first places to visit in order to get an idea of how the town is laid out.

Wat Phra That Doi Kong Mu was erected by the first governor of Mae Hong Son, this temple reflects the strong influence of the Burmese. The highlights of this attraction are the two lavishly decorated pagodas. Also, this hilltop temple affords an exceptional aerial view of the city and surrounding mountains and valleys. 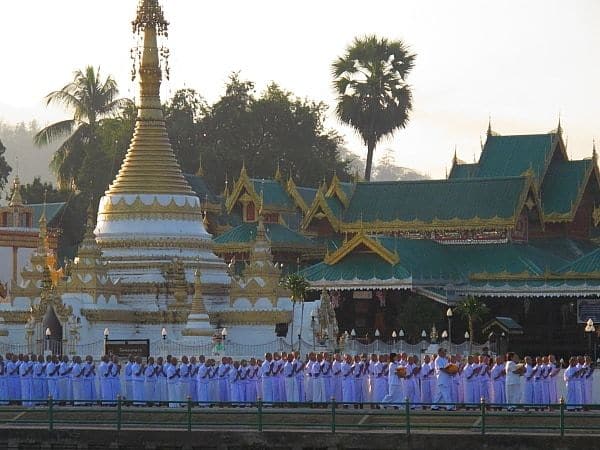 Located on the bank of Lake Nong Chong Kham, it was built in 1827 by Tai Yai artisans. The pillars are gilded with gold flakes. The temple houses a large Buddha statue with a lap width of 4.85 metres, cast by Burmese craftsmen.

Wat Chong Klang is located right next to Wat Chong Kham, and contains a replica of the Phra Phutthasihing on an altar. Interesting items include wooden human and animal figurines depicted in the Phra Vejsandon Jakata(Cha-dok – stories of former incarnations of the Buddha). These were created by Burmese craftsmen and brought to Mae Hong Sonr in 1857. There are paintings on glass about the Jakata, Prince Prince Siddhartha, and contempory life at the time of construction. Explanatory texts in Burmese explain that the paintings were done by Tai Yai artisans from Mandalay. 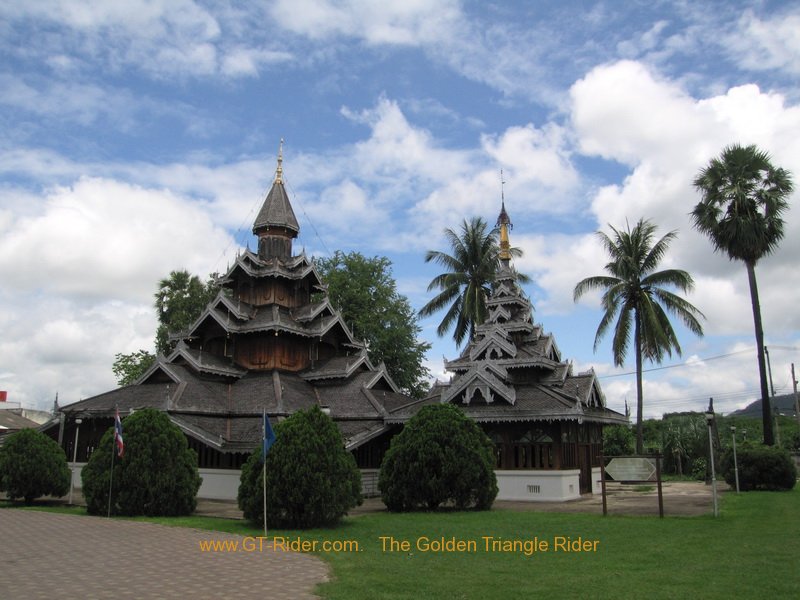 Also known as Wat Klang Muang, and built in 1863. This wat is on Sihanat Bamrung Road next to the Morning Market. Contained within is “Phra Chao Pharalakhaeng” – an elegantly dressed statue of the Buddha. This is a replica of a major Buddhist statue in Mandalay, Myanmar.

Wat Phra Non is located at the base of Doi Kong Mu and houses a 12-metre long Tai Yai style reclining Buddha that was cast in 1875 by Phra Nang Miah, wife of Phraya Sihanatracha (governor of Mae Hong Son). The temple also has two large sculpted lions lying side-by-side, through which those going up to the Kong Mu Holy Relic on the hill may pass.

Wat Kam Ko (opposite Wat Phra Non) was built in 1890. An architectural feature is the roof over the entrance arch to the Shan-style Wihan. Thai Yai script chronicles contain an outline of Tai Yai history.

Located on the west, sunset, side of Doi Kong Mou at the very top above the temple, is the GT Rider chedi. The chedi was erected in 2016 & contains the remains of several expat bikers who were friends & riding mates of the GT Rider group.

With the addition of other departed the riders the event was renamed the GTR Mae Hong Son Memorial ride in 2016, with the inauguration of the GTR Chedi.

The event is usually the first or second weekend of November and is open to all riders.

no images were found