The district Mueang Chaem was created in 1908, consisting of the tambon Mae Thap,Tha Pha, Chang Khoeng and Mae Suek split off from Chom Thong. In 1917 it was renamed to Chang Khoeng, as the district office was located in that tambon. In 1938 it was reduced to a minor district and was a subordinate of Chom Thong district. 1939 it was renamed to Mae Chaem. In 1956 it was upgraded to a full district. In 2009 the northern part of the district was split off to form the new district Galyani Vadhana.

There are some  19 ancient patterns, including hong dam, kud kun jae and nok non kum. The weaving technique is painstakingly slow! A sarong with its colourful design and detailed pattern at the bottom can take almost 3 weeks to complete, at a rate of approx 10cm per day. 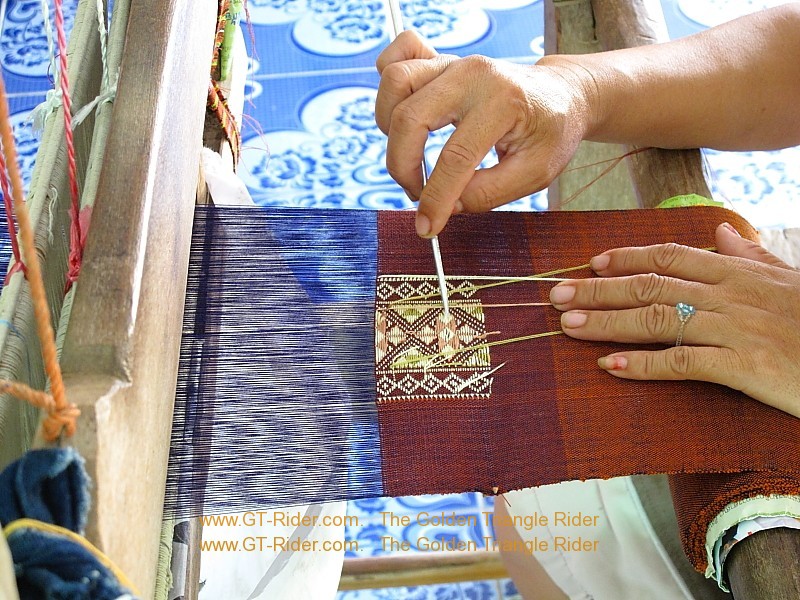 This annual ceremony is held to celebrate the end of Buddhist Lent. Having stayed in their temples throughout the 3 months of the Wet Season, the monks are free to travel again.

Chula means “a little”, and reflects the Buddhist belief that even small amounts of sharing and caring are beneficial. During Chula Kathin, this is symbolised with small pieces of newly made fabric that are cut and then sewn together to form a monk’s five main pieces of clothing.  This ancient and important religious tradition requires devout faith, not least due to it consuming a full day to complete the merit making ceremony!

Whilst Chula Kathin takes place over 24-hour period, the preparation is a 6 month long, drawn-out affair. First, hand-picked cotton seeds are planted, and nutured into maturity, bolls are picked, processed and eventualy woven. This ceremony is founded on the legend in which the Lord Buddha performs these humble tasks – preparing robes for his monks by his own hand.