Mae Chaem attractions are that its a long-established rural town, surrounded by mountains, on the western side of Doi Inthanon. The scenery is therefore mountainous, with waterfalls aplenty! 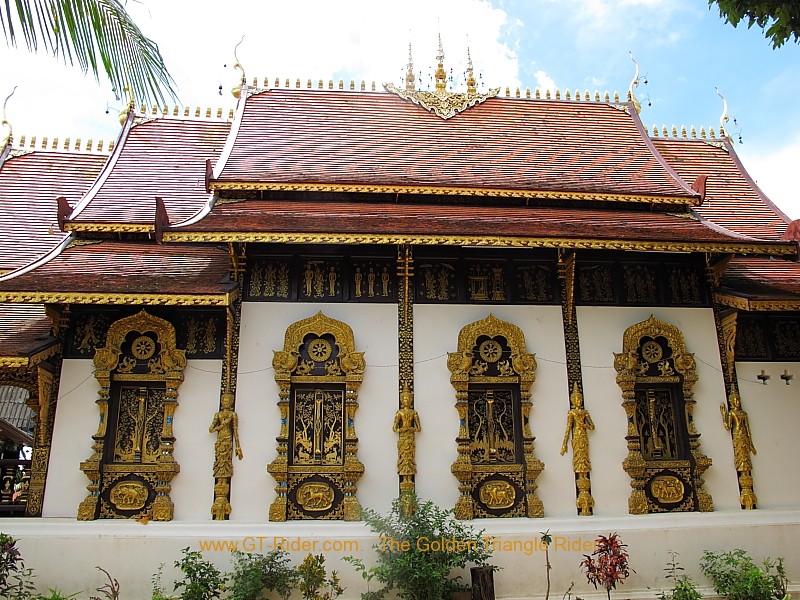 Across the river, to the west is;

Three more temples lie north of Wat Ban Thap, also on the west side of the river.

Last, but not least, 1.6 kilometres north of the “T” intersection in town;

The other unique aspect of Mae Chaem is the alms-giving rite.

The other unique aspect of Mae Chaem is the alms-giving rite. The nationwide morning bintabaht (alms rounds) here incorporate an element not seen elsewhere. Novices from Wat Ban Thap walk in a line, with the one in front and at the rear supporting a pole on their shoulders from which hang two big baskets, each containing several bowls, into which locals add food.  By pouring liquid curries into the bowls, villagers are able to avoid the use of plastic bags, and can place the those bowls on top of the rice with any mess.

There are several waterfalls along Route 1192 to Doi Inthanon National Park, which travellers pass going to and from Chiang Mai. The first two are nearly 17 kilometres from Mae Chaem. 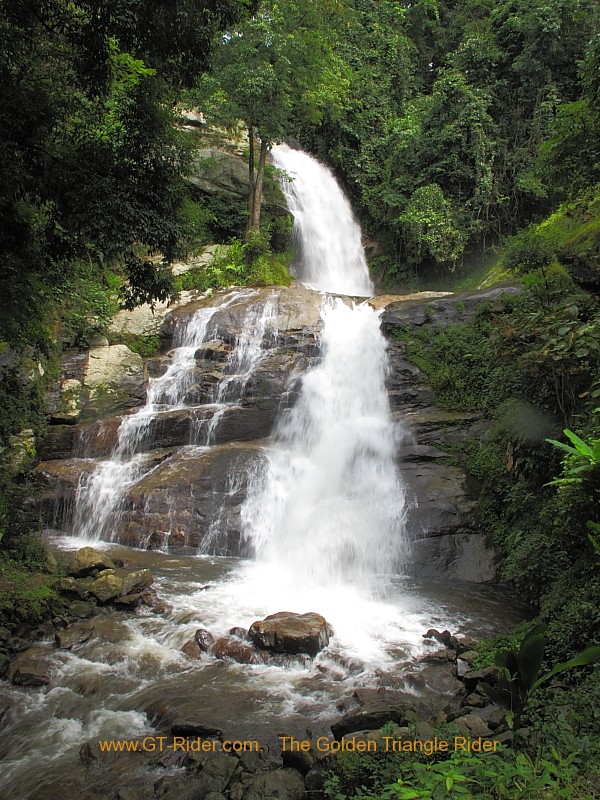 Mae Pan Falls, which is a 500-metre walk down a steep trail Check out this GTR report on a meander around Mae Chaem for a few days.