History: Originally known as Wiang Po, “The Gateway to Nan,” Wiang Sa is 26 kms south of Nan and was founded by Phraya Po. It was created as minor district Mueang Sa in 1908, consisting of the seven tambons (sub-districts): Mueang Sa, Ai Na Lai, Ban San, Ban Khueng, Pong Sanuk, Nam Khao, and Lai Na split off from Mueang Nan District.
In 1909 it was upgraded to a full district.
In 1917 it was renamed Phun Yuen, as the district office was in that tambon.
In 1939 it was again renamed with its historical name, only leaving out the word Mueang which was reserved for the capital districts of provinces.
The district was renamed Wiang Sa on 23 January 1986.

This stunning temple is a royal wat, that was built 200 years ago by Prince Attaworapanyo a ruler of Nan.

Two huge intricately carved doors are at the entrance to the temple viharn. 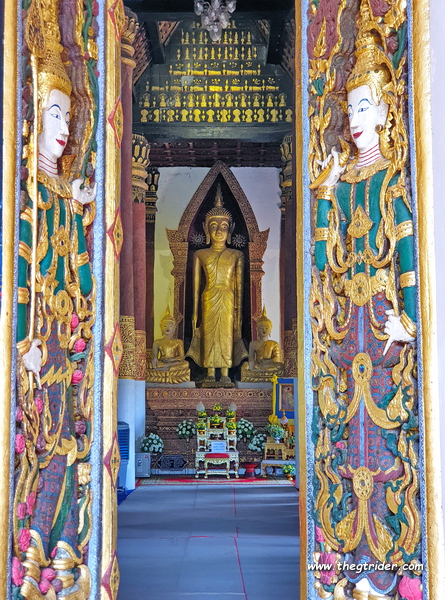 The abbot of Wat Boon Yuen, Phrakhru Jakdhamsunthon, was a renowned carpenter famed for his design of long tail boat prows & in 2005 was awarded a trophy of excellence in boat art from King Rama 9. In Wiang Sa at the Wiang Sa Museum you can also beautiful boats and prows on display. 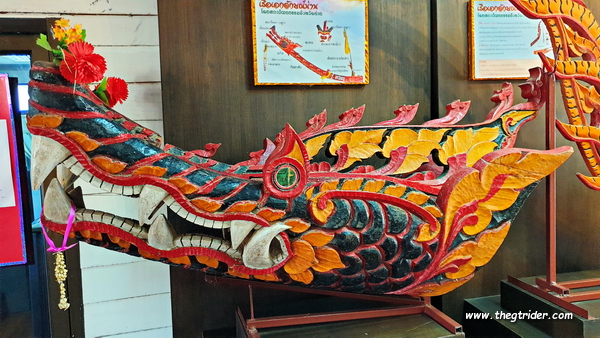 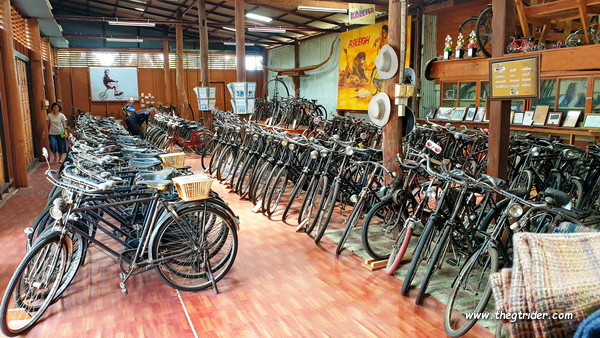 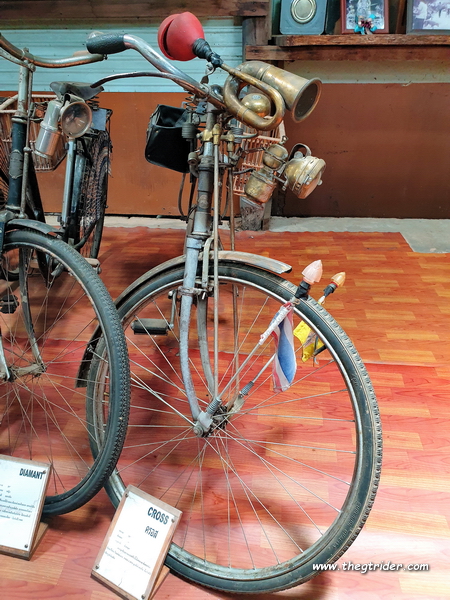 The family of the museum’s owner, Khun Supot Tengtrirat used to be the Raleigh & Humber bike distributor, selling hundreds of bicycles. 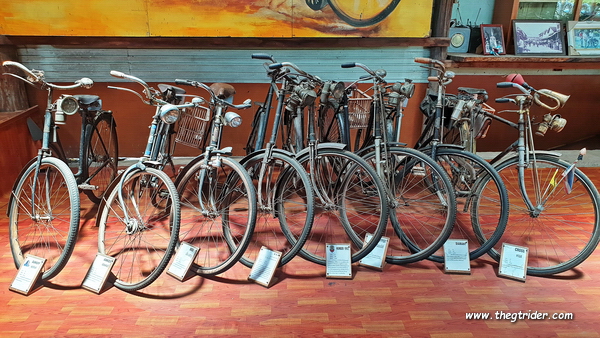 The business boomed until the 1960s when Japanese bicycles & then motorcycles took over.
With a fading bicycle business, they opened the Shell petrol station in Nan & continued on strongly.
In 1972 the bicycle shop was closed & the stock put into storage. 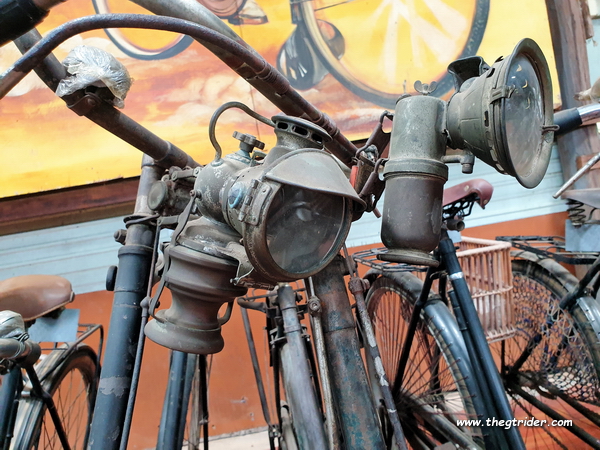 After a massive flood in 2006, a cleaning up operation rekindled Supot’s passion in the old bicycles & cycling once more; and the Huan Rot Teep bicycle museum opened in 2007.