Thailand’s Songkran Festival is  the most important holiday period of the year for the Thai people. Whilst it’s a time of fun, its also a special time not just for the New Year ritual. Above all, its the one time of year that most people “go home” from the big cities! For a 5 – 6 day period, Bangkok literally empties out, as millions of people migrate back to their homes and families. 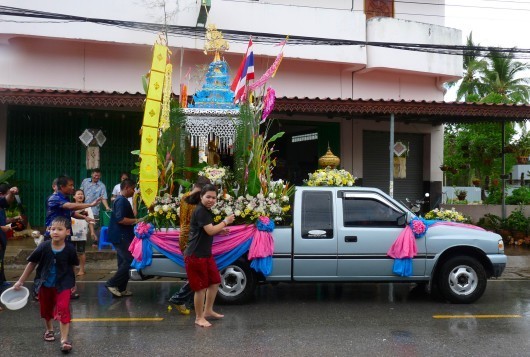 Songkran falls sometime between April 10 and April 18 and has its origins in ancient astrology. The phases of the moon and the lunar calendar also play an important role in determining the actual date of the Thai New Year.

Loy Krathong is another of Thailand’s annual festivals, taking place at the full moon in the twelfth month of the lunar calendar. This is usually in mid November.