Chiang Kham district is home to many Tai Lue people. The town is located 74 kilometres northeast of Phayao, on Highway No. 1021. The Tai Lue people originated from Yunnan province in southern China. They migrated to northern Thailand, particularly to Nan and Phayao, around 200 years ago. 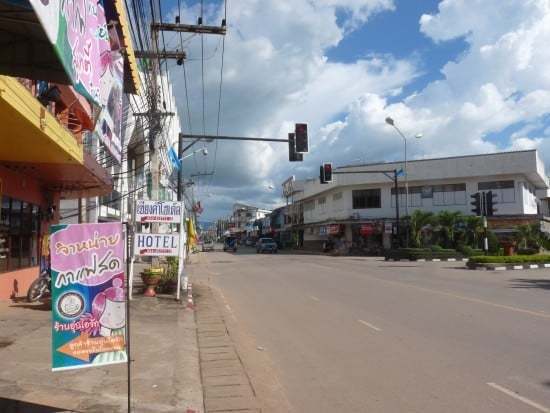 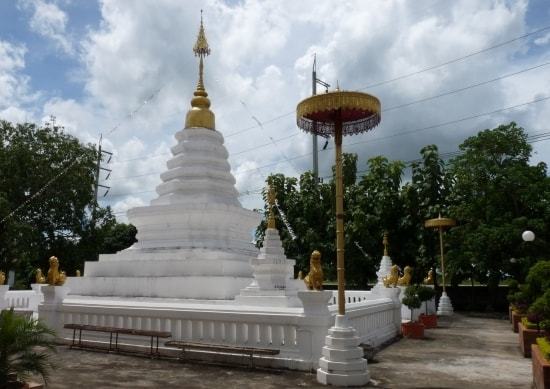 Wat Phra That Sop Waen is located on the 1021 bypass that swings west around Chiang Kham, and is famed for its 700-year-old Lanna-style Chedi which is reputed to contains some of Buddha’s hair and chin bones. Whilst it has been previously renovated more than once, its Lanna Thai style has been carefully retained. Read more…

Perhaps the most interesting temple in Chiang Kham is Wat Nantaram, a Shan-style structure built entirely with teak. 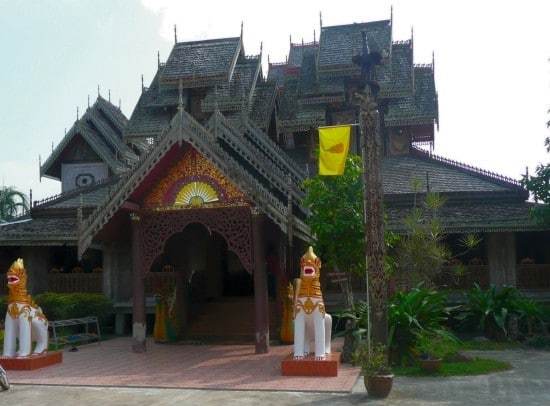 The woodwork of the windows, gables, corridors and other parts are beautifully carved in elaborate designs.

The Tai Lue Cultural Centre is located at Wat Yuan and was established to display Tai Lue arts and culture. Prized items include the colourful and elaborately designed Thai Lue fabrics in various patterns such as Lai Dok Kho Khruea, Lai Dok Kho, Lai Ma and Lai Dok Tang. The centre also trains the next generation of Tai Lue people in their traditional arts and crafts.

2324 Sacrificial Monument is located 2 kilometres from Mueang Chiang Kham District along Highway 1021. It was constructed to commemorate the heroic deeds of the civilians, policemen and soldiers who sacrificed their lives in the fights to protect the sovereignty of the country at the frontiers in Phayao and Chiang Rai Provinces. Moreover, it is also a museum exhibiting photos, dioramas and military weapons, which were once used in those fights. It is open during official hours. 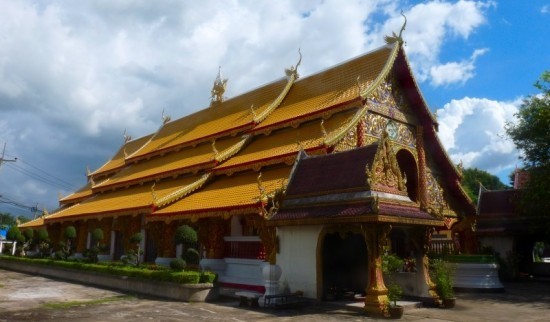 Wat Phra Chao Nang Din is at 45 Mu 7, Wiang Sub-district, 4 kilometres from Mueang District along Highway No. 1148. The main Buddha image of this temple is different from those of other temples because there is no Chukkachi base supporting the image. In fact, local people once constructed the base and were about to take the image to be enshrined on it. However, the image could not be lifted. Therefore, the image has been continuously called “Phrachao Nang Din” – the image seated on the ground. According to legend, this image was cast since the Lord Buddha was still alive. Therefore, the image might be aged more than 2,500 years. Read more… 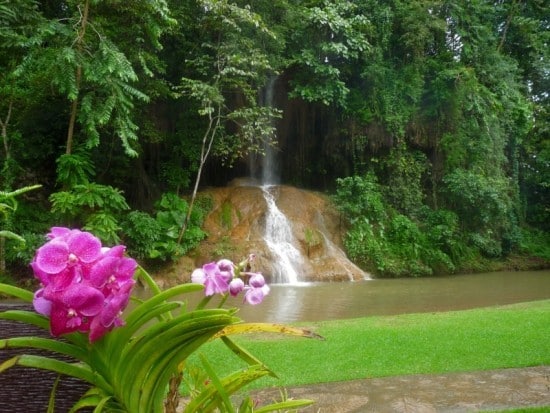 Buy a GT Rider Golden Triangle guide map to find your way to and around Chiang Kham.