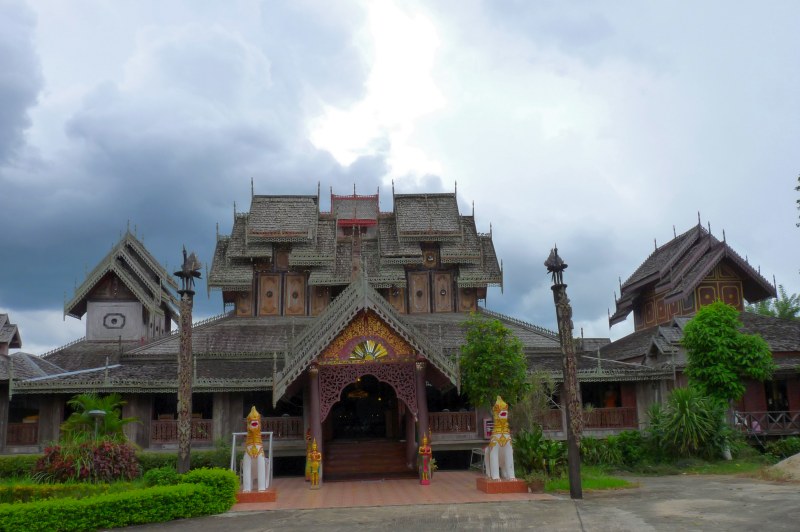 Wat Nantaram is a Tai Yai (Shan-style) community temple in central Chiang Kham and exhibits the classic Tai Yai roof architecture, somewhat extraordinary and incongruous in the heart of the Lanna Kingdom! Whilst there is no record of exactly when this temple was founded, there are records of the names and length of tenure of consecutive abbots dating back to 1908.The temple was previously called “Wat Chong Kha” because the roof was covered with Ya Kha or lalang grass. The Tai Yai Buddhsts completed the temple construction under the leadership of Pho Thao Ubon, and it was generally known as Wat Chong Nuea (North Temple) as its located in the north of the town. 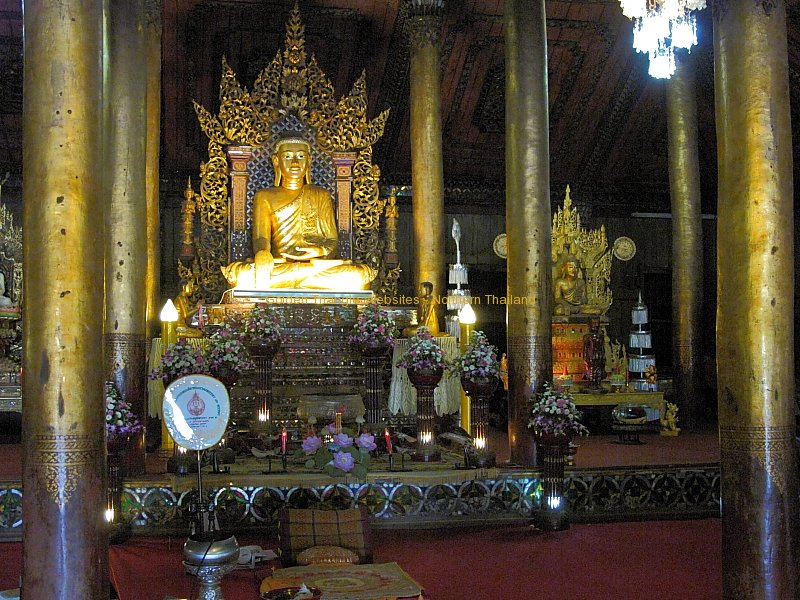 The name “Wat Nantaram” is derived from Pho Thao Nanta, and ancestor of the Wonganan family. A wealthy and devout man who supported the temple’s restoration and construction, he was accorded the name Pho Chong Taka Nanta (Pho Chong means temple founder, and taka is a man who perfroms good deeds). In commemoration of Pho Thao Nanta, the name of the temple was changed from Wat Chong Kha to Wat Nantaram in order to honour him, and the  Wonganan family.

Location: near the Chiang Kham town market, central part of the town, 100 metres east of the main street