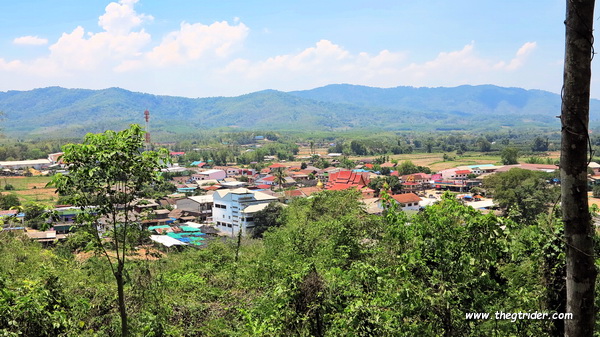 Historically, the area was Mueang Wiang Kaen, on the Ngao River. It was founded about the same time of Sukhothai Kingdom and Chiang Rai.

The government separated the three tambons Muang Yai, Po, and Lai Ngao from Chiang Khong District to create a minor district (king amphoe) on 1 April 1987. It was upgraded to a full district on 7 September 1995.

The district is divided into four sub-districts (tambons), which are further subdivided into 41 villages (moobans). There are no municipal (thesabans), and four tambon administrative organizations (TAO).

The Wiang Kaen area is a fertile area famous for its oranges, coffee, Som O, plus generally has 3 crops of rice a year.

There is a old an old moated town on a hill top to the immediate east of town. It has many huge old trees and a nice view overlooking Wiang Kaen.

North of town and on the Mekong is the Hmong village of Huay Luek a trading  town on the Mekong. Further downstream is the spectacular Kaeng Pha Dai rapids &  the end of the road that runs beside the Mekong.