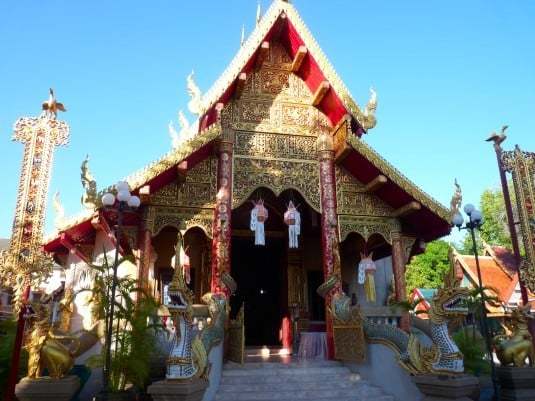 Formerly, the temple was known as Wat Chantalok due the the large Chan tree (Red Sandal Wood) that was located there. This is where the founding city pillar is located. A geological survey revealed that the temple was situated at the city’s centre-point, and a city pillar was erected inside the temple grounds and the temple was renamed “Wat Chan Lok Klang Wiang”. 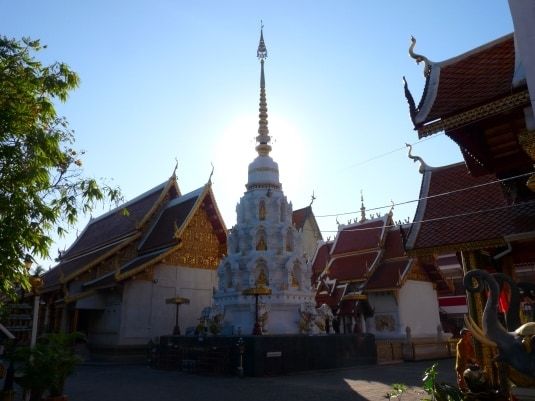 In 1903, a severe storm brought the tree down onto the main prayer hall (ubosot), and assembly hall (wihan), leading to an unplanned but essential renovation. According to the plaque inside the gates, the name of the temple was thus reduced to Wat Klang Wiang “in respect to the people.” In 1992 a chedi was built where the chan tree once stood. The statuettes of fully attired elephants stand around the base of the chedi. The main prayer hall was also rebuilt in neo-Lanna architectural style. For those contemplating murderous acts in this vicinity, please take note that this is not permitted; 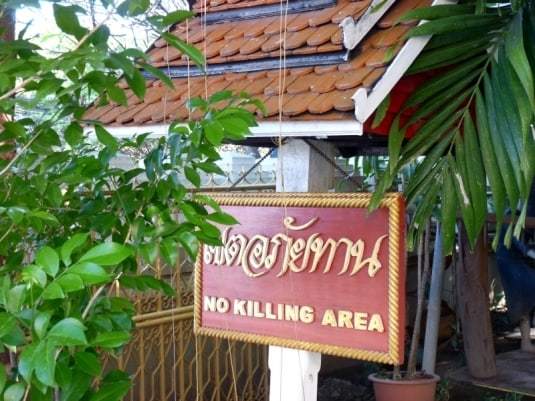 In 1992, a new city pillar was erected to replace the old one which had long collapsed. A mondop topped with a spire was built to protect the pillar from the elements, with a statue of the mythical Guardian Angle (called Thao Chatu Lokaban) to protect the city’s birthplace according to Lanna beliefs. 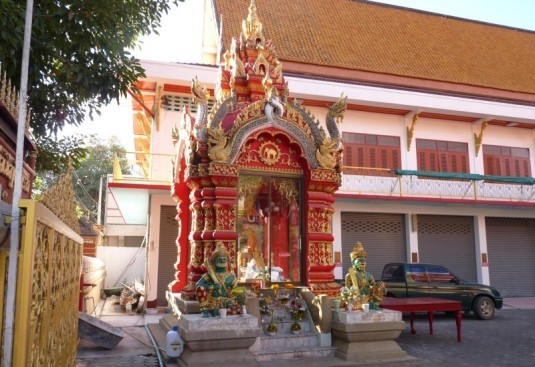